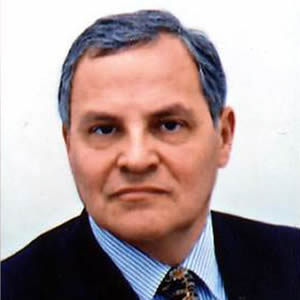 Stelio  Antonio Mocella born in 1954 Verona  (Italy) Scientific High School  in 1973, Verona Medical Doctor Degree ( 110/110)  in 1979, Padua University Otorhinolaringology Post graduate degree ( 70/70 cum laude) in 1982, Padua University Audiology Post Graduate Degree ( 70/70cum  laude ) in 1986, Verona University Plastic and  Reconstructive  Surgery Post Graduate Degree ( 70 /70 cum laude  ) in  2002, Verona From  the beginning of his activity,  he started to have relationship with  several countries and collegues to improve his knowledge and field of interest particularly devoted to facial plastic surgery   and  rinology. Numerous visits, for  research, to several clinical medical hospitals and  centers in Belgium, France , Great Britain, Germany, Spain and  USA. He attended most of the relevant international  and national medical congress. He organized  several national congresses  with the participation of  international guests.   He  lectured, on personal invitation,   in many relevant academic sites all over the world . In  1988  he became  assistant professor in the ENT Department of Verona University and  Board Elected Member  of Verona University Administration Board  from 1998 to 2003  and  Elected Member of the Faculty of Medicine Council from 2003 to 2004. He was  Founding member of the Italian Association of Facial Plastic Surgery and  Vice President . Appointed Member of  EAFPS    from 1992   and   Guest Editor  of three monographic numbers of Facial Plastic Surgery  from 1996 to  1999 and participated to almost all the Annual Conference of the Academy   with lectures or reports . He  had high  competence in the  management of sanitary and medical  organization in Italy and abroad and obtained a Master  of Health Management in 2011 with honor , LUISS Rome Unversity. He performed  more than 18.000 surgical procedures personally  in  all the Otolaryngology field and in Nasal surgery specifically, and more than  5000  septorhinoplasties primary and secondary   with    new tecniques, elaborated, applied and  presented all over the world in different occasions  ( Paris, London, Cancun, Madrid , San Paolo, Barcelona, Thessaloniki, Cophenhagen , New York , Rio de Janeiro) , he is particularly expert in revision cases and perforations . Invited Professor by University Autonoma Barcellona from 2010  for  Courses  with cadaveric dissection On-Live  Surgical Professor and  Docent in several events in Italy and abroad  every year .  Member of the EUROPEAN BOARD  FOR EXAMINATION   of ENT  SPECIALITIES  since 2013 VICE PRESIDENT OF EUROPEAN ACADEMY FACIAL PLASTIC SURGERY  FOR ITALY from   1992-2013 and from 2016 up to now   MEMBER OF THE BOARD OF THE ITALIAN SOCIETY OF RHINOLOGY AND  ENT  GERONTOLOGY   since2012 . He published  more than 150  articles on important scientific reviews  (national and international) and several chapters of book on specific Facial Plastic or ENT  field . Since 2004  he is Chief  of   ENT DEPARTMENT  EAST GARDA  VERONA   (25 employees, 5 doctors, 3 paramedicals) and Responsible for the Operatory Room activities in the main Hospital and for different activities in three minor Hospitals . He is married  with  Cristina  and  has a  daughter and a son.