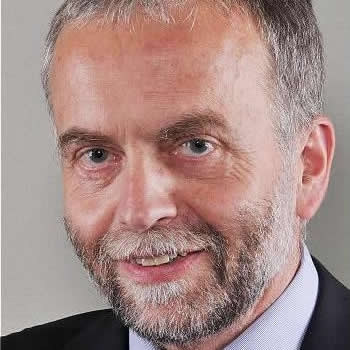 Wolfgang Gubisch studied medicine and started Plastic Surgery in 1974 with Prof. E. Schmid, Prof. H. Reichert and Prof. W. Widmaier at the Marienhospital in Stuttgart. He is double-boarded qualified as Plastic Surgeon as well as ENT-Surgeon. Since 1988 he has been Head of the Clinic of Plastic Surgery, which is the oldest and one of the largest institutions for plastic surgery in Germany. After his habilitation at the University of Würzburg in 1992 he became an apl-Professor in 1999. In 2001, the clinic was separated into three independent highly specialized clinics, and Prof. Gubisch became the Head of the Clinic of Facial Plastic surgery. Since April 2015 he is Senior Director at the Clinic for Facial Plastic Surgery at the Marienhospital Stuttgart. His main interest is focused on aesthetic, functional as well as reconstructive nasal surgery. He regularly is invited as lecturer all over the world and guides courses for aesthetic and functional rhinoplasty to demonstrate his surgical techniques. He has written more than 180 scientific publications and has produced several educational films. He is member of many national and international societies as well as an honorary member of the British Association of Aesthetic Plastic Surgery, the Australian Society of Plastic Surgeons, the Association of Plastic and Reconstructive Surgeons of Southern Africa and of the Armenian Association of Plastic Reconstructive and Aesthetic Surgeons. From 2010 – 2012 he was the president of the German Association of Aesthetic Surgeons (VDÄPC) and Board member of the German Society of Plastic, Reconstructive and Aesthetic Surgeons (DGPRÄC). In July 2011 he got the honorary doctor award from the University of Athens for his intensive activities in teaching facial plastic surgery. Actually he his President of the Rhinoplasty Society of Europe. Prof. Dr. med. Dr. med. habil Dr. h. c. W. Gubisch

Septal Surgery – the Key to a Successful Rhinoplasty